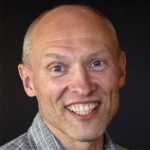 Wolfram Schulte was director of engineering in Microsoft’s Cloud and Enterprise Division, Redmond, USA, where he founded the Tools for Software Engineers team to improve Microsoft’s engineering velocity, more specifically minimize the cycle time of the inner loop from code review, via build, code-analysis and test, to deployment. Before venturing into product groups, Wolfram lead the Research in Software Engineering (RiSE) group and worked for many tools that Microsoft ships, including Linq, CodeContracts, Task Parallel Library, IntelliTest and SpecExplorer. Wolfram also co-developed the experimental program verifiers Spec# and VCC. Wolfram is a recipient of the 2016 Mills Award. 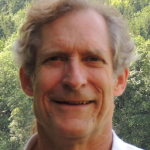 Rick Hull is a Senior Research Scientist at the IBM T.J. Watson Research Center in Yorktown Heights, NY, a position he took in May, 2008. Hull has broad research and innovation interests in the areas of data and information management, workflow and business process, web and converged services. He is currently leading a team that is combining approaches from cognitive computing and Business Process Management, to create new models for process management and to transform how back-office processing is performed. He is also leading a team that is developing a business-level smart contract language for Blockchain. Between 2008 and 2013 Hull led a team at IBM Research working on Business Artifacts and data-centric business process. That work provided foundations for the OMG Case Management Model and Notation (CMMN) standard and the IBM Case Management product. Prior to joining IBM Research, Hull spent 12 years at Bell Labs Research, a division of Lucent (then Alcatel-Lucent, and now Nokia); before that he was a professor of Computer Science at the University of Southern California. While at Bell Labs, Hull was instrumental in developing and transferring new technologies into Alcatel-Lucent’s product line, including products for data integration and high-speed rules processing. Over the years, Hull’s research has been supported in part by grants from NSF, DARPA, and AT&T. Hull is co-author of the book “Foundations of Databases” (Addison-Wesley, 1996); has published over 150 refereed articles in journals, conferences and books; and holds 12 U.S. patents. Hull was named Bell Labs Fellow in 2005 and ACM Fellow in 2007. He received a Corporate Award from IBM in 2015 for his contributions in the area of Case Management, and also an “Outstanding Accomplishment” from IBM Research for “Fundamental Contributions to Science or Technology” in the area of data-aware processes. 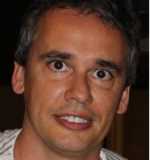 Sergi Zapater is Chief Operations Officer at Zhilabs and one of the brains behind FlowSight technology. Sergi has 20 years of experience in software development for the telecommunications sector with former design, consultancy and testing contribution to Ericsson, Netspira Networks and HP. He’s got a MSc in Computer Science and he’s contributed to several software patents during his career. Since 2008, Sergi co-founded Zhilabs to provide Customer Experience Analytics to the Telecommunications service providers.